Post Traumatic Stress Disorder, or PTSD for short, is usually associated with mental stress some soldiers face as a result of combat. However, just a look at the name shows that it’s not restricted to combat. In recent years, the medical community has recognized that PTSD can affect anyone who has undergone a traumatic event. Such events can include physical/mental abuse, sexual assault, severe injury, an accident, witnessing violence or death, an attack by an animal, or any number of traumatic events. The National Institutes of Health provide this simple definition:

“PTSD is a disorder that develops in some people who have seen or lived through a shocking, scary, or dangerous event.”

While occupations generally attributed to being at risk for PTSD include those in the military, other occupations include law enforcement, emergency medical personnel, fire fighters. However, PTSD is not strictly a job-related illness. According to a study published in the

“Approximately 1 in 10 women report being sexually assaulted at least once in their lifetime…with about 1 in 4 (female veterans) experiencing sexual assault during their lifetime.”

As was mentioned, one cause of PTSD is sexual assault.

There are two types of PTSD, short-term (acute) and long-term (chronic). Acute PTSD may just last a few hours or weeks. Consider an example many people have faced, most likely as a child: Being scared or even bitten by a dog. You may seem to be unable to get the event out of your mind (you frequently think of the attack). Some other event may trigger the idea that you are back in the situation (you hear a dog barking on TV). You may avoid circumstances that could possibly put you back into a similar situation (you stay away from dogs, even dogs you may have known before). You may react adversely to circumstances (a dog approaches and you become terrified and hide behind someone or run). You may show moods that are not typical of your personality (depression). With acute PTSD, these symptoms and reactions may pass in a few weeks. With chronic PTSD, they may continue for months or years.

After a traumatic event, it is natural to experience some of these symptoms, at least for a short while. The problem is when PTSD begins to affect your life in unnatural ways. Of course, we should learn from events and take a level of normal precautions to reduce the chance of the adverse event occurring again(such as carrying pepper spray when out for a walk). However, the problem arises when we quit going for walks or even going outside because we become obsessed with the idea another animal
might attack us, or we are afraid of all dogs because we perceive them all as wanting to attack us.

The most common treatments for PTSD are medication and Psychotherapy, and they may be used together. Psychotherapy (also known as “talk therapy”) is performed with a trained counselor, and may be conducted in either an individual or group setting. Researchers have found that simply talking about the even can work wonders in helping an individual recover from its impact more quickly. One method, which I use, is Cognitive Processing Therapy (CPT), which has proven so effective the Veterans Administration now uses it to treat veterans suffering from PTSD.

If you have suffered a traumatic event, the sooner you seek help, the better. Prompt treatment can decrease overall treatment time and give you the tools to readjust to life before the event. 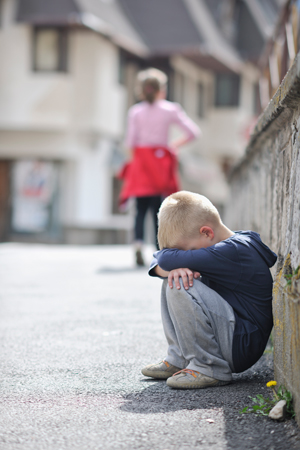 PTSD is a disorder that develops in some people who have seen or lived through a shocking, scary, or dangerous event