Trauma can be caused by either a man-made event (war, abuse, an accident, etc.) or a natural occurrence (a natural disaster, animal attack, etc.). Such situations affect each person differently, so while the event may be very traumatic to one person , another person may not perceive the event as traumatic.

As a result of trauma, a person may experience anger, flashbacks, nightmares, insomnia. The person can become depressed, lose self-esteem, and become despondent. Left untreated, over time these can lead to other physical health conditions, which in turn can make the psychological trauma worse. The American Psychology Association recommends, “If you notice persistent feelings of distress or hopelessness and you feel like you are barely able to get through your daily responsibilities and activities, consult with a licensed mental health professional….”

A trained counselor is able to assess trauma and help a person deal with it more effectively so it has less of an impact on the person’s life. Cognitive Processing Therapy is an effective method to treat trauma. In fact, The Veterans Administration now uses Cognitive Processing Therapy nationally to treat trauma of all forms among veterans, especially those with post-traumatic stress disorder (PTSD). According to the VA’s Center for PTSD, “CPT has been shown to be one of the most effective treatments for PTSD. For this reason, the VA’s Office of Mental Health Services has rolled out a national therapist training program.”

If you have experienced trauma in your life, it is never too late to seek help. Imagine a life where that trauma did not occur, and how you would feel. Now image overcoming that trauma in such a way as to make you an even stronger individual than you would be if the event had not occurred. That’s what your future can hold! 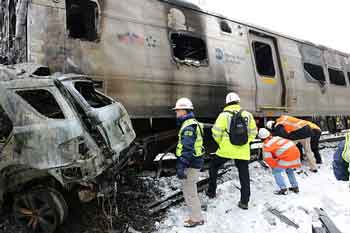